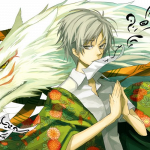 • Many Wikia projects. At the time I joined this wiki, the most recent was Battleforge Wikia. Since then, many in the links above, plus Legend of Dragoon wiki, and Torment wiki may be replaced by the above links soon as well

The concept of it being all just fine to be a Demon is anathema to me. In that respect, Eastern religion is anathema to me. Western cinema and drama in general is no better, but then, why would you expect better? America made an art form out of their Post-Traumatic Stress Disorder-they went straight from World War II movies to cowboy films to cop shows to, now, again, war movies. Star Wars, for a while, had some honor, but then lost quite a bit of it in that muddled villain-worship of the cool Vader, and lost it completely by making the Dark Side playable. Anarchy Online, after a rending expose of capitalist amorality, did the same thing. I have thought through all the arguments about roleplaying and game mechanics, and remain unconvinced that giving up the one thing that remained a true and noble thing, no matter how much it was taken for granted, is a giant mistake. Bad game mechanics have reduced Quests to a grind; little remains of the heroic deeds that they are in myth and legend, but at least you could count on people being, in the final analysis, wanting to be heroes. With these three games, that is lost completely.

• Chang's Story from Wang Tzu near Hou Jensi. Easy and fast
• Everything from the Boatman and the Young Widow on the Archosaur docks; the two NPCs are near each other; their quests lead to other NPCs that have good quests or are needed for good quests, including the Lochmur for the level 29 The Treasure III
• Nightmares > The Werewolf from Little Yaoyun has the same target monster as Monsters Here from the Archosaur Elder; same work, twice the xp
• Gold Finder- do not kill the Quillhog Enchanters for Little Boy Lai at the Mines straight away; wait until you get the cultivation quest Defeat the Invaders from General Summer, or vice versa.
• Level 27-Miss Ching's New Coat is almost as fast as Chang's Story
• The player may wish to follow General Summer's quest Sweep, and add to it the quests from the Celestial NPCs at Heaven's Tear that have the same three monsters as targets
• Yansheng's Missing. Everyone needs Physical Defense. D
• Tree Flute
• Blade of Fire 42K xp @ L40 . Target locations close to some of those at the start of the Goshiki quest chain that begins at around the same level
• Goshiki quest chain. Huge rewards, long quest chain. Fairly elaborate story, with NPC followers 'joining the party' through the device of pop-up dialogue boxes

The Symbol of Identity- lot of travelling, but 32K at L30

This game is an extended cheat, with codes to kill you when you aren't playing (AFK), and an obvious pay-to-win
That's not even unusual. I expect that from some games. The graphics and style and story made up for that.
But you at least expect a game to work. The Commission Shop just plain doesn't work. And people pay real life money to be listed.
I won't work for PWI any more. I will make notes for my own use, as I always have. But I will not contribute to any promotion of their utter incompetence and cynical opportunism.
The Commission Shop doesn't list G16 armor. It lists one Socket Stone but not another.

The heart of the game that matters outside of making PWI money, the little factions, has been ripped out. People are angry and disheartened. PWI will continue to make money, of course; there are people who can still buy, who want to win. But any pretense of free play is gone.
I know both sides of this divide, and being able to level without effort from the Tree quest just makes me feel more sympathy for the people who cannot. Being just as able and willing to work hard to do quests with both, characters who can get into Base and ones who cannot, makes me certain that the bar has been set too high. Arc is evil. But PWI is now evil too. I will always oppose evil and will never aid it.

Retrieved from "https://perfectworldinternational.fandom.com/wiki/User:VvAnarchangelvV?oldid=11399"
Community content is available under CC-BY-SA unless otherwise noted.